This year beautiful flowers inspired me to create a collection entitled “Love letters”. A fortuitous encounter with the calla lilies and their beauty. It all started with the meaning of its name calla lily, a word that comes from the Greeks and whose meaning is papyrus sheet, and from which the word <<in Spanish letter arises.>>.

Then I began to express my thoughts through the forging of metal,as if silver were the papyrus sheet where each hammering, each chiselling, each texture that I applied were messages of love and became love letters for all women.

And what a better way to express affection than through a universal symbol the heart. The calla lily flower does it naturally with their beautiful white leaf, which, like a heart-shaped funnel, protects the yellow bouquet full of male and female flowers, the perfect space for the love affair.

I also complemented these messages with yellow quartz gems, as a touch that symbolizes the overflowing honey of this love affair, as sublime as the interaction between the purity and whiteness of silver with the yellow of citrine, the color of the calla lilies flowers.

Finally, small utilitarian sculptures resulted, pieces that embrace the soul and blooming looking at the sky to embellish the presence of those who will carry them. 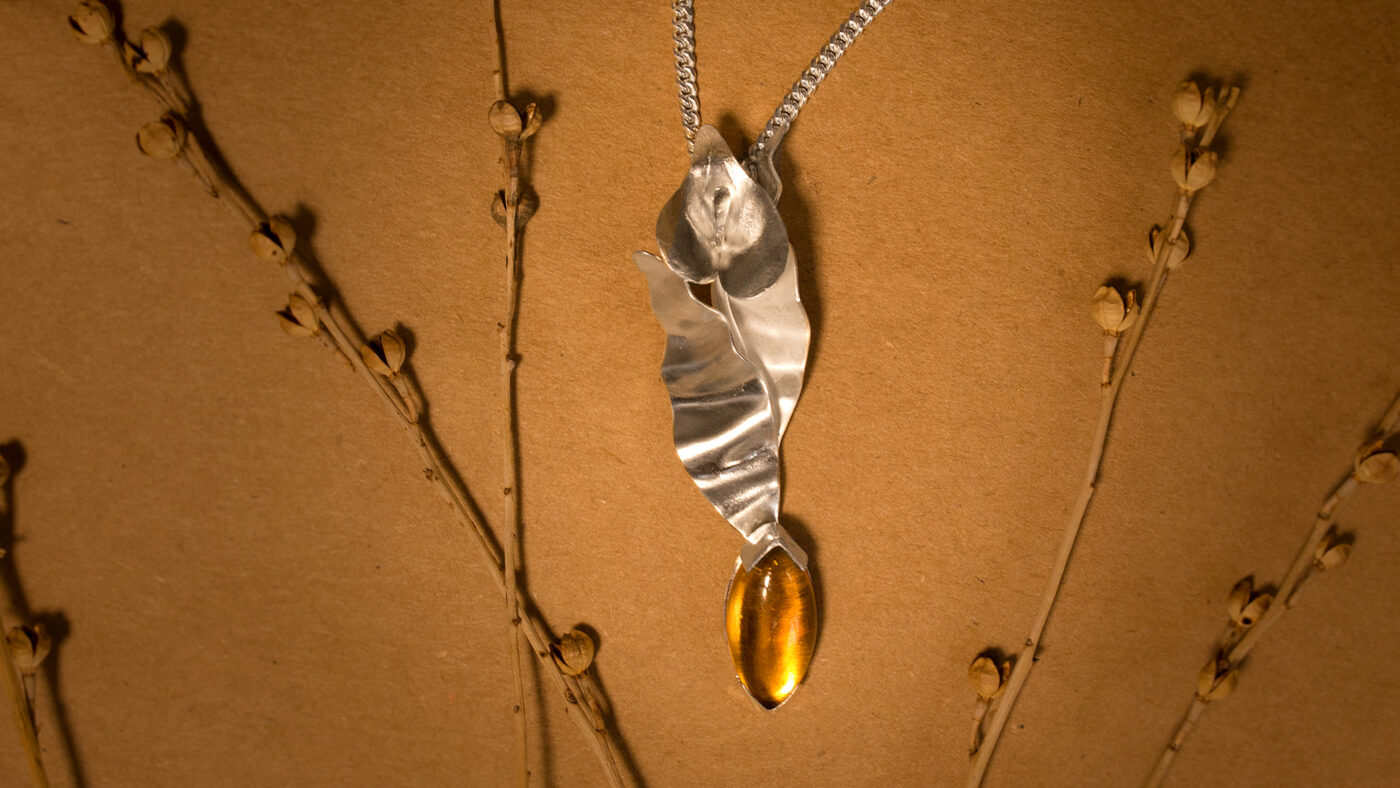